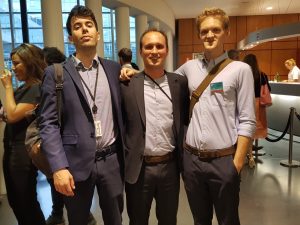 During the summer of 2018 I had the opportunity, following a study-abroad course on the institutions of the European Union, to stay in Brussels and work as an intern in the office of Alessia Mosca, an Italian MEP of the Socialists and Democrats party in the European Parliament. My day-to-day duties included working in a small office to prepare statements of vote, summaries, and reports on meetings and plenary sessions. This meant that I was able to view and evaluate many different aspects of votes and the deliberations amongst the parties in Parliament as well as S&D party operations including policy meetings and internal sessions. Each day involved work on any of a wide range of policy topics which included anything from trade agreements with Norway to the Parliament’s reaction to the humanitarian migrant crisis in Libya. My final week in the program was spent in Strasbourg, the location of the actual parliamentary voting sessions, in which I was able to sit in on and hear statements from MEPs from the twenty-eight Member States and twelve international political parties. During my time in the program I met a lot of people from those parties and heard many perspectives in terms of economic and cultural relations of different member states, regions, and voting blocks. The most valuable experience that I gained was the interaction with the political culture and self-perceptions of the people that make up the Union. This is a type of experience that is difficult for an American to gain but is, in my opinion, essential when studying the European Union as an institutional organization. 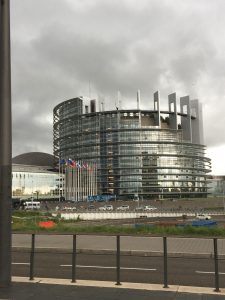 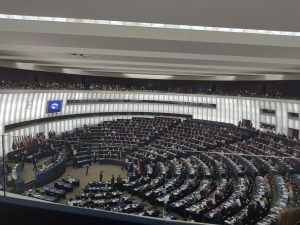