Join us for our annual Fall TAM Alumni Panel. This hybrid event is part of the TransAtlantic Masters Program Fall Friday Lecture Series.

This event will be a hybrid one. We will start at 5pm ET on October 14th. Dinner will be served. 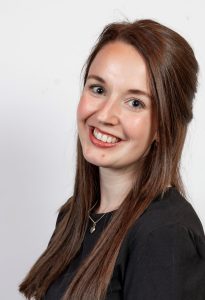 Madelon serves as Economic Affairs Policy Officer at the Embassy of the Kingdom of the Netherlands in Washington, D.C. Her posting at the Embassy is part of a two year trainee program (Rijkstraineeship) with the Dutch Department of the Interior and Kingdom Relations (DIKR), which Madelon started in September of 2021. Her first posting was with the International Relations office and her second posting was with the Dutch Government Agency for Identity Data.

Madelon graduated from the University of North Carolina at Chapel Hill’s double-degree TransAtlantic Master’s Program (TAM) in 2020 where she completed the European Governance Track and spent her second year at the Vrije Universiteit in Amsterdam, the Netherlands. She wrote her thesis on the effect of the refugee crisis on anti-immigrant attitudes. During her second year of the program, Madelon worked for a Dutch student strategy consulting foundation (De Kleine Consultant). She worked as a consultant, project manager and national board member for foundations and companies with social missions. Madelon was also part of the American Field Service (AFS) High School Exchange Program in West Michigan and studied abroad in Buffalo, New York. 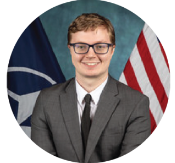 Davis graduated TAM in 2019 in the Transatlantic Track, during which time he studied at UNC, Humboldt University Berlin, Free University of Berlin, and the University of Bath. Following graduation, he interned at NATO Allied Command Transformation in Norfolk, Virginia, where he now works as a strategic analyst. He is also a PhD Candidate at King’s College London, writing his dissertation on the civil-military relations of NATO. Davis earned his Bachelor’s degrees in political science and international studies from Indiana University – Bloomington in his home state. 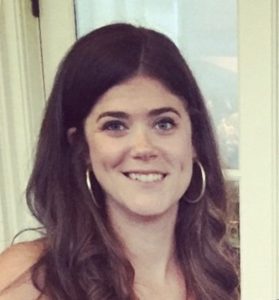 Mary Clare completed her BA in American History at UNC-CH in 2010. She then spent two years in Los Angeles working for Teach for America as a Special Education Biology teacher and earned her MA Special Education and Urban Education at Loyola Marymount University. As a TAM student Mary Clare studied in Bath and Siena and focused her thesis on Italian Sustainable Development and the Role of the State. After graduating from TAM in 2015, she worked as a teacher at UNC Hospitals and received a Fulbright award to conduct research on the treatment of Roma children in Spanish schools. She then worked in Madrid as a Senior Consultant at Alamo Solutions, with a focus on Gibraltar. She now works for Research Triangle International. 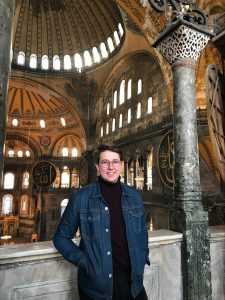 Gray is a North Carolina native who completed his undergraduate studies at UNC-CH in 2018 and then completed TAM in 2020. He spent his year abroad at the University of Gothenburg in Sweden and was awarded the Rutger Lindahl Best Thesis Prize for his work on Turkish party politics. He has worked in international law and education, and is currently serving as an Americorps member through Teach For America and is in his second year in the corps.