Join this network of well-connected graduates

WHERE DO YOU GO?

Not only do alumni successfully jump start productive and fulfilling careers through TAM, they stay connected. We believe this global network of graduates is one of TAM’s greatest strengths. Use this page to browse specific profiles, read about the alumni advisory board, and see how well our graduates do in the workforce. If you are a prospective student, let us know and we will work to get you in touch with alumni who can provide some tips as you consider TAM.

TAM graduates work in a number of different professional fields. Their career paths are diverse and highly interesting. Some work for think tanks and NGOs such as the Bertelsmann Foundation, the Goethe Institute and the Brookings Institution. Others work for their federal government in foreign-service capacities as well as for entities such as the Pentagon, the US Department of Energy, the Labor Department, and USAID. Meanwhile, some TAM grads work for private firms such as lobbying shops, airlines or risk-management companies. Finally, another segment of our graduates go on for PhDs, JDs or Business credentials and / or work on university campuses as faculty members, instructors or administrators. Please read about some of our graduates below.

Esha Grover Kaur Sarai ‘15 was an International Broadcaster at Voice of America (VOA) based in Washington, D.C. She now works in New York for CPJ – the Committee to Protect Journalists. The interview below was conducted last year when Esha was still with VOA. While completing her TransAtlantic Masters (TAM) degree, Esha studied institutional organization and theory surrounding the European Union and formulated her Master’s thesis based on the literature on immigrant assimilation and race relations in the EU. Her recent work has largely focused on covering the 2020 US presidential election.

Can you describe how the TAM program offered you an avenue to explore your occupational interests during the course of your time within the program?

Grad school, in any capacity, but especially TAM, taught me how to read a lot of information and synthesize it into something that a real human could understand. That is a lot of what I do in journalism, you have to make judgments based on what is most important or what you feel best summarizes the story. The reading and writing skills you gain in a political science master’s program are just essential to journalism. I loved TAM because you’re able to mold it into what you want to do. In my case, I was more interested in what my professors would call an ‘ethnography’ rather than sitting in a library and doing academic research. For my thesis, I was interviewing communities in Bremen, Germany (where I was based) and I got to actually sit in temples every Sunday drinking tea and talking to old ladies talking to them about their lives and what it was like to immigrate to Germany and learning the language. That was just so much more interesting to me than pouring through stuff in a library. The flexibility of TAM really is what allowed me to do that rather than a ‘more normal’ academic thesis. How much I enjoyed interviewing people is what drew me to journalism, it seemed like such a natural transition once I thought about it, but I had never really thought about it before going into TAM.

What experience or skill did you develop in the TAM program that is most applicable to your current job?

I remember when I was applying to jobs, one of the buzzwords floating around the program was “cultural competency.” I was skeptical of this, but the truth is that it is a valuable job skill to attain through TAM.  I only went to one country for TAM, but I had classmates who, between internships and summer programs, were in something like four countries for their degree. The truth is that as a journalist who has to go out in the field a lot I have to be able to drop into a community knowing nothing about where I am and just hit the ground running. Honest to goodness, having to move to a different country, even if you have some support in place at the partner university, you’re still just adjusting to a different life, and you have to do that quickly in the job I have now.

What are you reading these days? What’s the last movie you’ve watched?

I am thrilled you asked me this question now! Since quarantine, I have been reading a ton and this year I am trying to only read books by women of color and so currently I am working my way through The Warmth of Other Suns by Isabel Wilkerson. It’s a really excellent example of how journalism can turn into a book. She’s done an incredible amount of research to tell these people’s stories but it reads like a novel. It’s just so powerful to be able to follow someone’s story told in a way that reads like fiction, but to then realize that not only is it true but that she is putting a human face on these historical events that we don’t even often learn about in school.

What is the professional achievement or product of which you are most proud?

Going to Sudan is probably, thus-far, but hopefully not forever, the pinnacle of my career. It has become increasingly difficult to get into countries as a journalist, so I was very lucky to get into Sudan. They were denying journalist visas for most people who were choosing to go. I just pleaded my case to the embassy in Dakar and nobody else was at the embassy wanting to go. I just think they were so unused to desperate young American journalists coming in, and they let me go see it. It sounds cheesy, but in addition to my reporting, drinking a coffee on the Nile, though not expressly on my “before 30” bucket list, was something I’m glad I got to do. I didn’t really cover all of the protest movements and the actual revolution in Sudan, but to be there for the end of it was just amazing – especially when in America these days a lot of people are talking about the idea of a revolution. To see what the end of one or the success of one – even if it was a bit of a compromise – actually looks like was just incredible To tie it back to TAM, being on the continent (of Africa) and having an idea of how the EU works when so many of these countries have been colonized by France and England was actually really helpful. I was in Senegal, and knowing a bit about France’s political structure and looking at all of their interactions with their former colonies was helpful. Having the background knowledge tends to come in handy when looking at the rest of the world.

Based on your observations throughout the course of your career, how do you see the industry evolving for the next 5-10 years? Both as a result of COVID 19 and just organic change?

I’d like to preface this by saying that I am literally always wrong when making a prediction about anything. In the past 5 years or so, and I wasn’t really a journalist at this time but I imagine there was a time in the past when if you went to an event, the people who were filming it were journalists. Now that’s not the case. Everyone is on social media, everyone has a phone. Any event that I go to with my camera and I’m trying to beat to the front of the line because I have to film it, there are already 30 people live-streaming it on Twitter. I think that journalism now faces this challenge. Anyone can upload / watch the video on Twitter, but journalists have this background knowledge, they have fact-checking. We’re going to present the same video to you but also with the context you need and all of the background you need in addition to relevant information of what’s happening on the sidelines. It’s going to be a challenge, especially now when there has been so much distrust in the media and so many accusations of bias, to renew faith in this institution.

Budgets have been cut for newsrooms as a result of the economic crisis. Everyone I’ve talked to seems somewhat confident that it’s going to pick back up in a year or two, but it is just really unclear what that is going to look like. We’ve seen swings away from cable news, and now podcasts are becoming a big thing, which is a kind of radio resurgence. This slightly altered format is suddenly now a new and hip phenomenon. So maybe cable TV is gonna find its equivalent of a podcast in the future, but there’s going to be a lot of adaptation for that to happen.

What advice would you give to students studying TAM now?

At this point in TAM, you really have to explore all of the opportunities that are in your immediate reach. Even if you have a really solid idea of the exact thinktank you want to work for I’m sorry to say it is just really rare to get a job that is exactly what you thought you were going to get when you started a Master’s program. There are so many fields that are going to respect the knowledge you have gained in TAM, so to keep your mind open about where that job might be and what that field might be is really important. 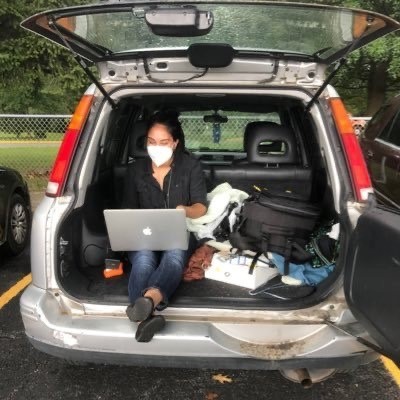 In early 2014, TAM established an External Advisory Board made up of program graduates. This Board had its first annual meetings on March 28 and 29, 2014, in Chapel Hill and has met every spring since. A fall meeting now takes place in October in DC. Board members serve as program ambassadors and stay informed of TAM developments. They assist with recruiting efforts, marketing strategies, internship and job placement, fundraising and community building. Two satellite TAM Boards in Berlin and London have also formed. TAM alumni involvement with the program makes us strong and proud. And the expertise of our graduates has been an invaluable source of inspiration and practical assistance.

Please feel free to contact the TAM Board with questions about the program and career paths afterwards: tam@unc.edu

DONATE TO THIS WORK

Checks should be made out to “Friends of TAM” with designation code #5669 in the memo line. Please mail directly to: TransAtlantic Masters (TAM) 301 Pittsboro Street UNC-CH CB#3449 Chapel Hill, NC 27599

Donations to TAM come in many forms.

For instance, we’re very grateful to those who host TAM students during fall-break site visits in DC, let us know about job and internship opportunities relevant to our students and graduates, spread the word about our offerings and communicate with prospective applicants, communicate with the TAM Office with concerns, questions, and updates, and give talks in our Friday lecture series. All of these things contribute to the mission of TAM.

Here are a few of the ways in which your donation could be used:

$3,000 – full travel scholarship for two TAM students to get to Europe for their overseas study.

Our gift account is called “Friends of the TransAtlantic Masters Program.” If you would be interested in contributing to TAM this way, please see the gift-giving options above. If you choose to donate online, please be attentive to the drop-down options to designate the Friends of TAM Account from a list of choices.