Please join us for a TAM Alumni Panel on July 30th at noon ET on Zoom.
You will have the chance to hear from five TAM grads – two are working in the US, two in Berlin, and one in Brussels. 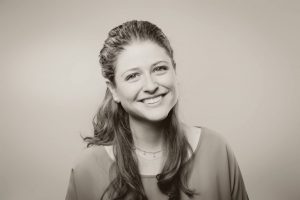 Anna Brashear ’17
After completing several internships, including one for a Munich innovation ecosystem company and one with the German federal government, Anna started her career on Berlin’s tech startup scene working in Community Management for a fast-growing medical education startup. The creative action and startup culture she experienced led her to subsequently seek out further opportunities in the startup and innovation space. She is currently leading training academy programs at Berlin Innovation Agency, which seeks to bring startup methods, mindset, and culture into the way that both large public and private sector players approach their diverse innovation challenges. Simon Fredholm ’20
Simon was part of the TAM 2020 cohort and was one of the first Swedes to attended TAM through the double degree option with the University of Gothenburg. In TAM, he attended the European Governance Track. His master’s thesis was about the selection of judges to the Court of Justice of the European Union and its effect on European integration.

This past spring, he has lived in Belgium and worked as a trainee at the Region Värmland European Office, a Swedish regional office in Brussels. Following this traineeship, he was offered a position as an EU Policy Officer at Region Värmland that he gladly accepted.Before TAM he obtained a bachelor’s degree in European Studies from the University of Gothenburg. He also had the opportunity to study abroad and went on exchange to both China and the United Kingdom. 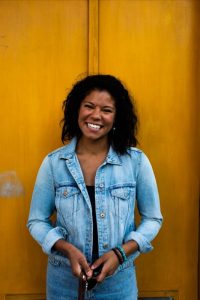 Lauren Gaillard – also from the Class of 2017:
Lauren, Student Life Coordinator, joined CODE University of Applied Sciences in 2020. In this role, Lauren oversees all aspects of the student community from prospective students to alumni. She serves a crucial role in the development of inter-organizational exchange with partner universities and international institutions for events such as hackathons, conferences and talks. As part of her role, she leads the strategic planning of the mentoring and advising program for students, organizes orientation week for newcomers and coordinates graduation ceremonies. In addition to this, she chairs the research commission where she has drafted the research concept and ethical research policy for the university. Due to her passion for cultural development and exchange, she also sits on the diversity, equity and inclusion committee as well as the admissions committee.

Prior to her current job, Lauren held administrative positions in marketing, recruitment and student affairs at several universities including Touro College Berlin and New York University Berlin. She holds an M.A. in transatlantic relations (political science) and a B.A. in sport administration with a minor in music from the University of North Carolina at Chapel Hill. Although she still calls North Carolina home, she now happily resides in Berlin, Germany. Heidi Obermeyer is from the Class of 2014.
Heidi Obermeyer is Manager, Policy for BSA | The Software Alliance. She works with members in BSA’s DC office to develop policy positions on a range of issues including AI, open data, 5G, and law enforcement access to data.

Prior to joining BSA, Obermeyer was Manager for Policy and Communications at CTIA- The Wireless Association. Obermeyer also served as a German Chancellor Fellow at the German Council on Foreign Relations (DGAP e.V.) and at the Center for Transatlantic Relations at Johns Hopkins University SAIS working on transatlantic issues, including digital topics. 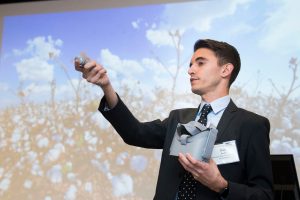 Dale Koch ’18 will moderate the panel discussion.
After graduating TAM in 2018, Dale joined the staff at Georgetown University’s McDonough School of Business, where he helps to design and launch new graduate degree programs. Programs he has worked on include Executive Master’s in Leadership in Qatar, M.S. in Business Analytics, and M.S. in Environment & Sustainability Studies.

Dale studied abroad at Univerität Bremen as a TAM student. Prior to TAM, Dale worked in operations at PepsiCo before completing his bachelor’s degree in Economics. While he was in TAM, he also worked as a research assistant and program assistant for the Center for European Studies, working on a variety of projects related to the Euro Major, TAM program, and educational outreach.